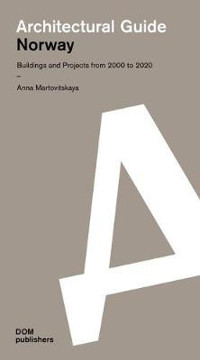 Norway:: Architectural Guide: Buildings and Projects from 2000 to 2020

9783869222202
Kimmell, Laurence; Tiggemann, Anke; Sant
Brazil, the big B of the BRIC countries, is in high spirits. The current upswing involving booming economic growth and cultural development is accompanied by good architecture: a great number of outstanding buildings have emerged, reviving international interest in Brazilian architecture. This publication provides an exciting selection of 220 moder
$44.49
excluding shipping

9783869222394
Zadorin, Dimitrij
This guide not only introduces the reader to popular tourist attractions in Minsk, it offers a comprehensive picture of all layers and aspects of the city. The architectural works presented range from 17th century churches to arenas and hotels built for the 2014 Ice Hockey World Championships; from iconic symbols of the Belarusian capital to the di
$59.32
excluding shipping 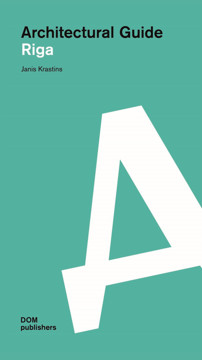 9783869222868
Krastins, Janis
This guide book is a must-have for all who are interested in European architecture and its rich history of diversified culture. Undoubtedly Riga is famous for its unique mixture of styles and traces of war and politics: German roots, Art Nouveau at its highest quality, Soviet Modernism, and a young European's nation on its way to architectural prof
$59.32
excluding shipping

9783869223582
Takkanon. Pattaranan (ed.)
Bangkok is one of the world's most well-known tourist destinations. Travellers are fascinated by its art and cultural diversity and colourful street life. The city's skyline is shaped by a wide range of architectural styles evident in its palaces, temples, historic buildings, all the way to the modern skyscrapers. In spite of the fact that these st
$42.64
excluding shipping

9783869223742
Zahradnik, S
From the capital of the Aztec Empire to one of the largest megalopolises today, Mexico City has withstood enormous changes throughout its history. An overarching mosaic of Aztec, Hispanic and contemporary Western cultures has determined the exuberant metropolis we know today, with both local and world-renowned artists and architects having invested
$42.64
excluding shipping
Categories
)